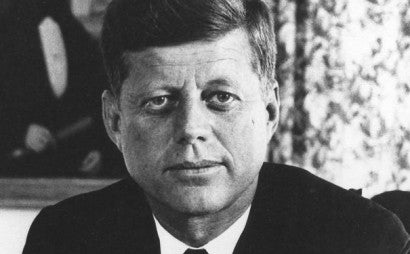 When I look back over the past 42 years I have been in this business I am amazed at how far we have come supporting individuals with developmental/intellectual disabilities. In 1973, when I started, the Vocational Rehabilitation Act had just been signed into law and the Education for All Handicapped Children Act (PL 94-142) now known as IDEA (Individuals with Disabilities Education Act) was still two years away from being signed into law. These two landmark pieces of legislation were major steps in assuring the civil rights for persons with disabilities. So why am I mentioning it now? Well, we are on the eve of celebrating the Americans with Disabilities Act (ADA), which is the third leg in the disability civil rights law platform that grants rights to citizens with disabilities to be fully integrated and accepted members of our society, this July. I remember with clarity working on the passage of this legislation 25 years ago and contemplating the limitless possibilities the ADA would create for individuals with disabilities.

While we have achieved some major milestones up to this point I would say we have a long way to go…baby. I recently read a report put out by the ARC entitled – Still in the Shadows with Their Future Uncertain: A Report on Family and Individual Needs for Disability Supports (FINDS), 2011. Here is the link: http://www.thearc.org/document.doc?id=3672.

The report states “Despite gains in many areas, overall the results from the FINDS survey show that our efforts as a nation have fallen short of the vision of an America where people with intellectual and developmental disabilities (I/DD) are accepted and have the supports they need to live to their full potential in the community.”

The report was written in 2011 at a time when national and state supports for services were being cut due to the great recession and, as a result, it is a bit skewed emphasizing threats to the future. But it does also point out short falls in education, employment, and supporting individuals/families and that we have a long way to go to ensure I/DD individuals can live and work in our community.

The end of the article has a new call to action taken from President John F. Kennedy’s call for “us to shine the light on people who were living in the shadows” a reference to the forming of a President’s Panel to develop a plan of action in the field of intellectual and developmental disabilities (I/DD). “President Kennedy called on every American citizen to help bring them out of the shadows, [informed, no doubt, by his own sister’s condition].”

The article is well written and has some very tangible statements that need to be taken to heart. I encourage you to read the report to gain a better understanding of this issue.